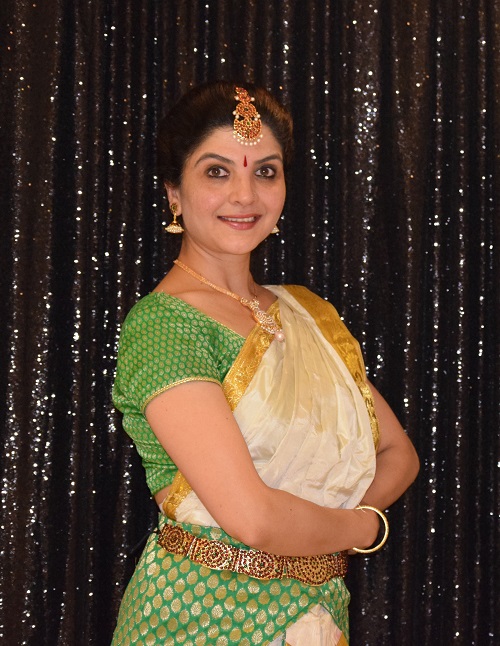 Born to a middle class family in India, Hema Iyengar is passionate about classical dance and feels that dance is an expression of inner feeling. She started learning dance at the age of 4 in Pune, India under the tutelage of various gurus like Radha Moorthy, Suchetha Chapekar and Madurai Muralidharan and has in turn been spreading her art for the last 15 years. She continues to enhance her knowledge even today by learning under various gurus. Her passion for dance continues to be showcased through her teaching and choreographies.

Hema teaches a mix of Bharatanatyam style : Vazhavoor, KalaShetra and Tanjore. This style is more feminine, emphasizing laasya (dance by Parvathi) over tandavam (dance by lord Shiva). Because of which this style of dance is best suited for performing emotive pieces and dance dramas. In 2006, Hema founded the NrityaAnjali School of Dance and has been giving group and private lessons for youngsters and adults. Classes are held in the metrowest area, Sudbury and North Attleboro. Hema’s students have been performing and competing at various local events such as Vision Aid, IAGB, ISW, NETS, Big Help, NEMA ,Swaraag etc.

Bharatanatyam has its roots deep in Indian mysticism, legends and rituals, depicting achievements of heroes and Gods.

All the dances are structured around the nine rasas or emotions: lasya (happiness), krodha (anger), bhibasta (disgust), bhaya (fear), shoka (regret), viram (courage), karuna (compassion), adbhuta (surprise) and shanta (serenity). The dances differ from one another due to different ethnic reasons however, the hand movements or hasta mudra are the same for all the rasas.

In her classes, Hema introduces the beginner as well as those with prior training to her style of Bharatanatyam, starting with the mudras, (hand gestures), the adavus (steps with hand and foot movements), and then progressing to full length dances. Her students have performed at various shows and competitions.She actively trains students for arangetrams.

Classes are taught at various locations: Westborough and North Attleborough. Register for classes at any location after initial consultation with the Center. 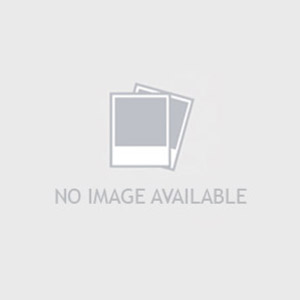 Shilpa Aravind is a bharatanatyam dancer from Bangalore. She was trained by Guru Indira Kadambi and learnt the pandanallur style of dance. Shilpa has been a dance practitioner for the last 25 years and has won many accolades and dance competitions in India. She now performs and teaches in the New England area.

Bharatanatyam has its roots deep in Indian mysticism, legends and rituals, depicting achievements of heroes and Gods.

All the dances are structured around the nine rasas or emotions: lasya (happiness), krodha (anger), bhibasta (disgust), bhaya (fear), shoka (regret), viram (courage), karuna (compassion), adbhuta (surprise) and shanta (serenity). The dances differ from one another due to different ethnic reasons however, the hand movements or hasta mudra are the same for all the rasas. 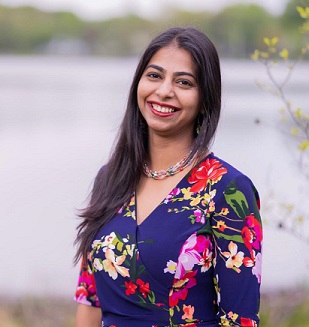 Puja is dance enthusiastic, learning and dancing since a very early age. She believes that dance is the best form of exercise which purifies the soul and mind and helps to reduce stress. Puja’s approach to teaching dance is unique where is she embeds fun and laughter during each session along with a blend of different dance styles.

Puja is an exceptional choreographer and has staged many performances from traditional dances to Bollywood. She has choreographed for dancers of all ages from young children, to teenagers and adults. Puja has performed on various platforms in India, the New England area and at many community events across the U.S. She continues to receive accolades and awards for her choreography and dances at many competitions.

Mom & Child:This class is tailored to the dance enthusiast who loves music and loves to move! The class will introduce the kids and moms to Bollywood music and dance and include warm ups, stretching, fun routines, repetition and loads of dancing. The choreography will incorporate Bollywood dance steps, Indian folk dance, free style dance, and hip hop. Participants will also get opportunities to perform at various local events if interested.

Tiny Tots Class:This class is tailored to the young dance enthusiast who loves music and loves to move! The class will introduce the kids to Bollywood music and dance and include warm ups, stretching, fun routines, repetition and loads of dancing. The choreography will incorporate Bollywood dance steps, Indian folk dance, free style dance, and hip hop. Kids will also get opportunities to perform at various local events.

Adults Class:This class for ages 13 and above brings unique dance style and choreography fusing a diverse repertoire including Indian styles, such as Folk, Bhangra, Bharatanatyam, Kathak, with western staples such as Hip-Hop, Contemporary, and Jazz. This class is open to Men and Women and is a super energetic class! Learn dancing and choreographed steps, and get a workout at the same time! 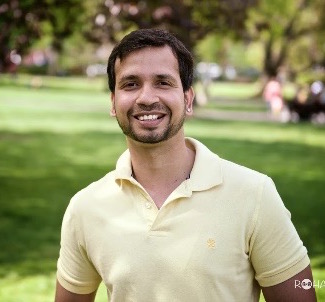 Jaikishan, is a professional dancer and an extremely talented dance choreographer. His dance school Jai Ho Dance, founded 3 years ago, is well known for its versatile styles of dance and his students ranging from ages 8+ have won a number of prizes in various dance competitions in the New England area.

Jaikishan himself has been an avid stage performer from a very young age and his passion for dance drives him to achieve excellence in all dance styles like hip/hop, contemporary, jazz, and Bollywood. In India, Jai has represented his company across various inter corporate dance competitions and he has also had a chance to take part in a dance based reality show.

Inspired by the high energy music from Indian films, our Bollywood class is the perfect platform to dance to fast paced, high energy Bollywood songs. Bollywood dance includes many forms of movement and dance styles such as hip hop, Indian folk and freestyle. Apart from learning dance you will also be given the opportunity to perform for various stage shows across New England. Classes are suitable for students of all levels. No prior dance experience is required. 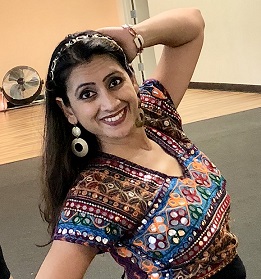 Priya is a dancer and choreographer practicing and performing for over 10 years on various platforms in India, Virginia and the New England area. She has trained in Indian classical dance, Bharatanatyam for 7 years and in Kathak as well as learnt jazz dance and been on local performing troupes. She has been a Bollywood Cardio instructor and recently started her own dance venture ‘Bolly Beatzz’. It highlights and fuses various dance genres from around the world while teaching modern choreographies that motivate aspiring dancers to pursue their own passion. Priya has received accolades and recognition for her dance style and bring a fresh perspective to Bollywood Dance.

If you love dancing and want to perform on stage, join our Center for Arts and Wellness-BOLLY BEATZZ Bollywood Team, a fun class that gives exposure to various dance genres. Students will dance to various Indian and western songs. Bollywood dance will be fused with other genres like hip hop, jazz, contemporary, waacking and semi classical. The class will be interactive with creative dance idea sharing sessionsas a group that will help in individual dance skill development.
Students of all levels are welcome. 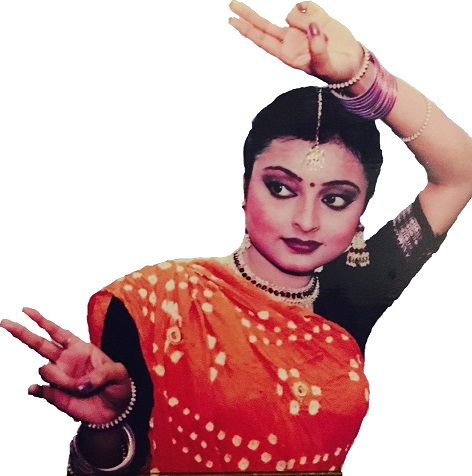 Moumita Banerjee is very passionate about Kathak dance and started learning Kathak dance (in Jaipur Gharana) at the age of 3 under Smt. Susmita Chakroborty in Calcutta. She is fervent about dance and finds joy and freedom in expressing herself creatively through music and movement. She earned her Bachelor of Music (B.Mus.) degree from Banaras Hindu University (BHU), one of the largest and prestigious universities in India. She was awarded a Gold Medal for securing first position in the University. She also completed the Prabhakar degree (similar to Bachelors degree in Kathak dance) and Senior Diploma in Kathak with distinction from Prayag Sangeet Samiti, Allahabad, India. She received her Master of Performing Arts (MPA) degree in Kathak dance (Lucknow Gharana) from Bhatkhande Music Institute Deemed University, Lucknow. During her MPA she developed an expertise in different areas of Kathak dance such as stage performance, proficiency, and Aesthetics. She has learned under legendary gurus like Prof. Kumkum Dhar, Prof. Bina Singh and Prof. Ranjana Srivastava.

She also completed workshop training with Pandit Birju Maharaj, leading exponent of Lucknow Gaharana of Kathak and Ashimbandhu Bhattacharjee. She has been a performer for over 10 years, performing and choreographing in India and in the USA (Florida, Texas and Massachusetts) at various organizations and festivals. With prior teaching experience in India and in Texas, Moumita is glad to share her dance experience with children and adults who love this as much as she does.

Kathak is one of the eight forms of classical dance of India with its origins in Northern India. The name Kathak is derived from the Sanskrit word ‘kathaʼ which means ‘storyʼ and the one who tells the stories is called ‘Kathakʼ.

Kathak dance is filled with circular movements, delicate footsteps and subtle expression. The dancer creates enough space for improvisations and suggestive emotions or Bhavas. Every syllable produced by accompanying Indian percussion instruments of Tabla or Pakhawaj resounds with the footwork and the Ghungroos (string of bells) worn on the feet by a Kathak dancer. The scintillating footwork, pirouettes, recitation of dance verses on rhythmic patterns and timings with use of Ghunghroos in Kathak are particularly noteworthy. Kathak’s repertoire includes Pure dance or Nritta characterized by fast rhythmic footwork set to complex time cycles; and Expressive dance or Nritya performed with subtle gestures and facial expressions. The intricate footwork and the virtuous whirls and turns make the dance aggressively beautiful. This dance style from Northern India has evolved over the centuries with all the political and cultural changes of Indian history.

Classes will include basic theory of Kathak dance which is an integral part of each class, essential for developing an insight into the dance form.

Intermediate Class: In the intermediate class students will learn the next level of skills, with more complicated repertoire. They are expected to perform this material in different Taals. Also, they will increasingly focus on expression and Abhinaya (acting) through Vandana, Bhajan, Thumri, Tarana, Gat Bhav, Kabit etc.

Advanced Class: In the advanced class the student will focus more on performing experiences while focusing on Abhinaya (acting), choreography, and fusion dance all of which bring forth their individual creativity. 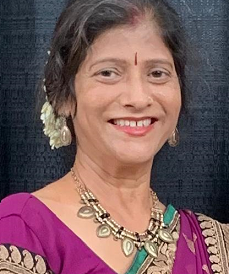 Jayashree Mohapatra is a renowned Odissi dancer, choreographer and teacher in North America. She started her dance career at an early age in Kalavikas Kendra in Odisha, India. She soon became an accomplished dancer under the guidance of Padmashree Late Sri Kelu Charan Mohapatra and Late Shri Raghunath Dutta, both of who were credited for their contribution to popularizing the classical Odissi dance. Jayashree acquired “Nritya Bhusan” master’s degree in Odissi dance and also received a fellowship from the Sangeet Natak Academy. Jayashree received an award for her excellent performance from former President of India Mr. Neelam Sanjeev Reddy and also received the much coveted Kalashree award presented by the Odisha Society of America for her outstanding contribution in Odissi.

Jayashree Mohapatra opened Noopur Dance Academy in Canada in 1989 and 10 years later moved to US where she continued her journey to promote Odia tradition and culture through her dance.

Odissi traces its origins to ritual dances performed in the temples of ancient northern India. Today the name Odissi refers to the dance style of the state of Orissa in eastern India. This dance style combines both Tandava and Lasya. Come learn the intricacies and nuances of this artistic and very graceful classical dance form from a very established instructor.